Every cow has its own name

In the Aosta Valley, every cow has its own name, two horns and a cowbell; every cow has a story that speaks of mountain pastures and milk, which refers to the Fontina PDO cheese of centuries-old production.

These are dairy cattle, which also possess a specific characteristic, which makes them very adaptable to high mountains and high pastures: over the centuries, the people of the Aosta Valley have selected a breed of cattle with special characteristics, endowed with great locomotor capacity, even on steep slopes, resistant and particularly suited to the difficult climates of the Alps.

The Aosta Valley bovines belong to three particularly defined and selected breeds, the Valdostana Pezzata Rossa, which probably descends from the Pezzata bovines of northern Europe. The Burgundians, towards the end of the 5th century, introduced this breed in the Aosta Valley. It is also the most generous milk-producing breed.

The Valdostana Pezzata Nera and the Castana are the other two breeds raised in the region. They are equally well adapted to the characteristics of the Aosta Valley territory. Moreover, just like the Pezzata Rossa, they are at ease in grazing the mountain pastures at high altitudes. 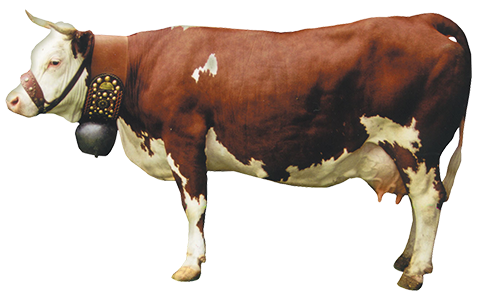 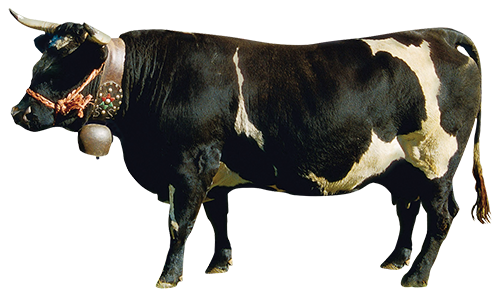 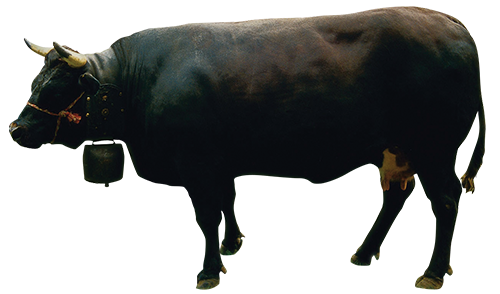 The title of "Reina delle Reines",(Queen of Queens)

The two breeds show similar characteristics and, overall, a lower milk production than the Valdostana Pezzata Rossa. These cows are also characterized by their agility in moving around in the steepest pastures and give rise to a curious peculiarity: in fact, they animate fights to establish the hierarchy within the herd.

This is the origin of the famous “Batailles des Reines“, an annual knockout competition that takes place from spring to autumn, to award the title of “Reina delle Reines”, an expression (Queen of Queens) which mixes patois, Italian and French terms. A competition in which the elite of the Aosta Valley cows take to the field. The winner, the Reina, is rewarded with a cowbell and the typical “bosquet“, a fir tree branch decorated with red ribbons and flowers. The “Bataille”, over time, has become a tradition that is also a celebration handed down for generations.

An event, between folklore and distinctiveness, which every year attracts thousands of spectators from neighboring regions such as Piedmont, Savoy (France) and Valeis (Switzerland). 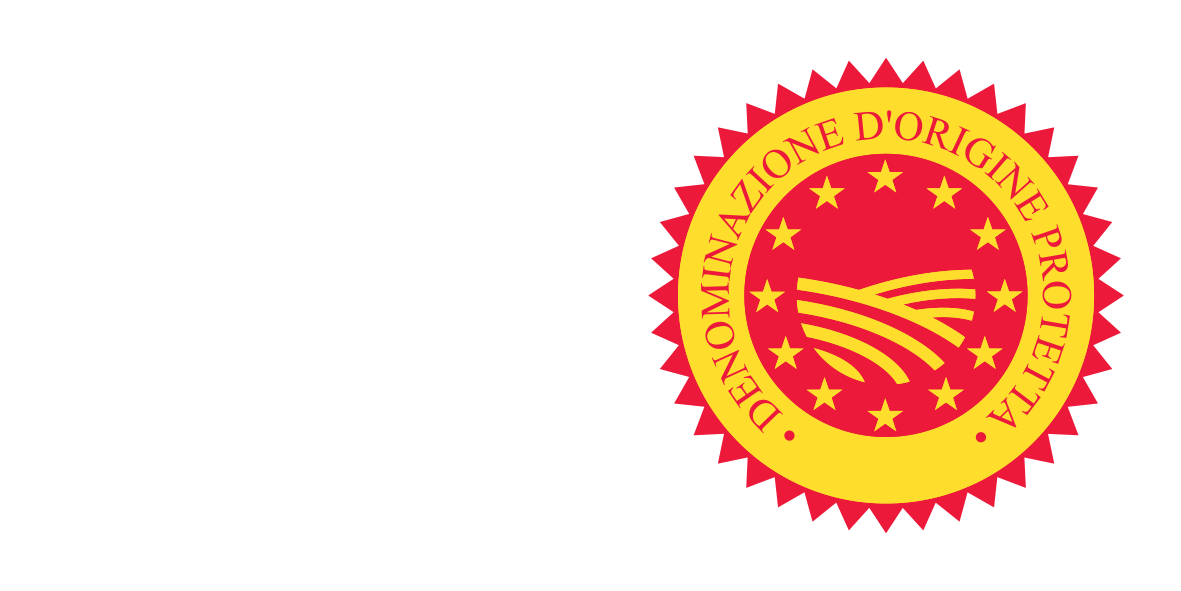